I met Nabeel Qureshi, a Christian apologist whose conversion from Islam cost him almost everything, in June 2016. His love for the gospel drew me in, and I later followed him on Facebook, hoping to learn even more from Nabeel. After hearing of his sudden and shocking diagnosis of stage four stomach cancer, Nabeel began a vlog to document his journey through chemotherapy, radiation, and immunotherapy treatments. Filled with encouragement and an honest portrayal of both the trials and joys (and sometimes, joyful trials) that accompany a walk with Jesus. His last video was made only a week before his untimely death on September 16, 2017, at the age of 34.

When Nabeel died, I had recently started a one-year teaching contract in Greece. There were no Christians among my housemates or anyone I worked with. Coming from a place where I had many Christian friends, I was discouraged by the situation and wondered why God had placed me there. While I soon found fellowship with a body of believers, the first few weeks were difficult as I remember my strong, in-person friendships with fellow believers.

In the meantime, I wanted to honor Nabeel in some way. I happened upon a portrait, taken by photographer Howard Korn, where Nabeel’s eyes are looking to the sky as if he’s seeing Heaven. Words had failed me when I tried to articulate the emotions stirred by his death, but when I saw the portrait, my response was automatic. I took out a sheet of paper and began to sketch. As I watched Nabeel’s funeral 6,000 miles away, I was drawing him, somehow giving form to my grief.

As I worked on the portrait, I drew in various places around my house in search of good lighting. Inevitably, my housemates would see me perched on a random windowsill. “Who is he?” they would ask.

This new mission field surprised me – a door had flung open! As I drew, I had several opportunities to share Nabeel’s story, his legacy, and how he had impacted my life. When I finished the portrait, I shipped it to people who loved Nabeel, asking that they pray for my housemates. I thought that would be the end of the story.

The drawing was finished, but the conversations weren’t. They would arise organically and were always personal. I began to see that the people I lived with had serious questions about God and wanted to talk about them. Before I did the portrait, I had prejudged them, thinking that such conversations were impossible. Then, through Nabeel, God made a way.

As I shared my faith, I found myself returning to the reminder that Nabeel gives us in his final vlog:

“It is important that we discuss matters of truth, but at the end of the day, the truth is supposed to be undergirded by love and by peace.”

God used Nabeel to show me that love is what I had to offer to my housemates. The love of Christ isn’t something they could discern intellectually – they had to experience it.

A few weeks after I’d sent the portrait, I received a thank you letter in the mail from the people to whom I’d mailed it. They assured me that they were lifting my housemates up to God. Touched, I realized that I was already seeing the fruit of these prayers before my own eyes.

I returned home a month ago, and among the treasures I brought back with me are several letters from my housemates thanking me for being willing to talk about these things with them. They didn’t suddenly convert – but they have seen Christ’s love for them. That began with Nabeel.

As his physical body was dying, Nabeel demonstrated to me that real lifeblood runs on a current of love. This current flows even in areas that seem hopeless and lifeless. Indeed, sometimes that’s where God opens doors in the most peculiar of ways, using the most peculiar people to plant his seeds. And I am grateful, deeply grateful, for the seeds Nabeel planted in my life, in my housemates’ lives, and all over the world. The harvest is only beginning. 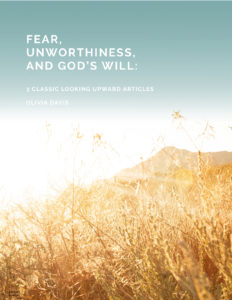